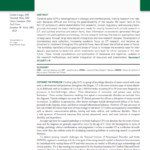 NIH Workshop on CP in Neurology, 2016

Leaders from the Cerebral Palsy Research Network (CPRN) briefed numerous directors and program officers of the National Institutes of Health (NIH) on the progress that CPRN has made to create a United States based cerebral palsy registry and enable multi-center clinical research. The impetus to create the CPRN Registry was initiated at an NIH Workshop on CP in 2014 that was documented in Neurology in 2016 along with other priorities in cerebral palsy research. The CPRN Registry already has more than 900 patients from six centers since it began collecting data earlier this year. Twenty hospitals have committed to collect data for the registry and are in the process of readying their site to enter patients in the CPRN Registry.

CPRN was cited as an example of progress in CP research in the NIH Strategic Plan for Cerebral Palsy released earlier in 2017. The objective of the briefing was to determine ways that NIH and CPRN might collaborate to accelerate the NIH CP strategy. CPRN has invested in research network infrastructure similar to several NIH funded initiatives such as NeuroNext, StrokeNet and DS-Connect. NIH officers were interested to learn how CPRN’s burgeoning, rich data set of patient characteristics, interventions and outcomes could be mined to create new evidence based findings for CP treatment.

CPRN’s meeting with NIH officials comes just one month after the Senate Appropriations committee for Labor, Health and Human Services issued report language calling for increased collaboration between NIH and the research community and for the creating of funding opportunities for cerebral palsy. The report language was spearheaded by Reaching for the Stars: A Foundation of Hope for Children with Cerebral Palsy. CPRN appreciates the advocacy efforts of Reaching for the Stars and its impact on the dialogue with officers in multiple institutes in NIH.