You are here: Home1 / Types of Cerebral Palsy
The term cerebral palsy (CP) refers to several types of movement disorders that are caused by an early brain injury or disturbance in neurological development. The symptoms of CP impact people differently, including the parts of the body that are affected, and to what degree.

The term cerebral palsy offers little information about what daily challenges a person faces. It also does not offer clarity about the types of treatments that may or may not be helpful.

This is important information to consider when interacting with people, sometimes professionals, who are less familiar with CP.

Having a thorough assessment and understanding of which movement disorders are present and how they affect the way the individual moves, feels and coordinates movement, is imperative to determining which treatments are likely to be most successful. 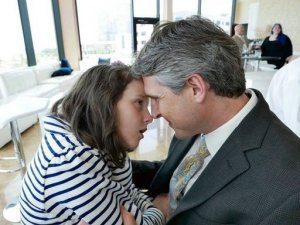 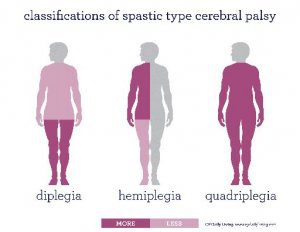 The type of CP may refer to abnormal muscle tone (the amount of background activity and tension in a muscle), involuntary movements or both. There may also be other conditions and symptoms beyond movement and coordination that interfere with the individual’s daily activities. These may include epilepsy, sensory impairments (vision, hearing and/or communication), difficulty eating and swallowing, and more.

These following types of cerebral palsy highlight the primary movement or muscle tone disorder interfering with the individual’s motor control and function: