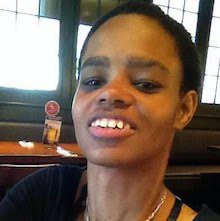 Hey! My name is Dartania. I was born on time on April 6th, 1987, in Poughkeepsie, NY. I’m 29 now. I have had a shunt since I was 2 days old due to being diagnosed with hydrocephalus. My CP was due to lack of oxygen because my head was filled with CSF. I was diagnosed with both hydrocephalus and then CP on the same day that I was born. I was never told what type of CP I have but, at 14, during my hospital stay for my CP surgeries, I looked in my charts and it said spastic diplegic cp. From my research, I’ve learned that it is moderate (Level 3 on the GMFCS scale). I can hold onto the walls and walk around the house. I also use an old manual chair when I’m with other people and an electric chair when I’m by myself. I haven’t been able to walk without pain in the last 4 years. My right hip is dislocated and my right hamstring has re-tightened. At 14, I had both pelvic bones lengthened, both hamstrings lengthened and then both feet were flat and that caused them to turn outward when I walked without braces so, I had arches surgically put into them. When I was 7, I had my second shunt surgery because my shunt became infected. At 11, my shunt became infected again. Then, I switched to a programmable valve. When I was 18, I had my last shunt surgery because I flipped backwards in my chair and hit my head on a linoleum floor, causing my shunt to break away from my brain. I got my GED in 2007. I wasn’t able to finish high school because the headaches became unbearable and the school didn’t want to send teachers to help me do the work (like my IEP told them to do). I went to a special needs preschool but, then after that, I was able to go into a regular school in regular classes and I stayed that way throughout grade school. In 2007, I wanted to go to culinary school to be a chef. So, I applied to Johnson & Wales in providence, Rhode Island. I got accepted but, some accessibility issues, forced me to change my major to Sport, Entertainment and Event management. I have my BS degree in that (as of 2011). I’ve lived on my own since 2011 in Newport News Virginia. I want a job but don’t have one at the moment. Sometimes, I volunteer at the Hampton History Museum. I love to read, write, watch movies, and hang out with my family and boyfriend – he doesn’t have CP. We’ve been dating for a year and a half. 🙂 I am participating in this panel because I feel that it is really important that the adults with cerebral palsy (or their parents) have a voice within the broader community of parents who have kids with cerebral palsy and also, doctors who treat those of us with cerebral palsy. As far as functional mobility goes, when I was a kid, I used a manual wheelchair part time and a Kaye walker part time but, as adulthood hit and functions declined, I’ve resorted to using both my old manual chair and my electric chair — depending on the circumstances and who I’m with that day.