The Cerebral Palsy Research Network (CPRN) is a group of doctors, therapists and patient advocates collaborating to improve treatments and outcomes for people with cerebral palsy (CP). The network combines the expertise of doctors and therapists committed to treating CP with clinical epidemiologists and rigorous data collection practices to plan and execute high quality clinical trials and quality improvement protocols.

The Cerebral Palsy Research Network (CPRN) researcher Michael Kruer MD, a movement disorders pediatric neurologist and geneticist at the University of Arizona, was published last month in Nature Genetics for his work on the discovery of genes that may cause cerebral palsy (CP) by impairing the wiring of brain signals during early development.  These findings support the need for broader research being conducted by Dr. Kruer and CPRN. The early study of these genes led to treatment changes in some patients.

The published paper was based on genetic sequencing from 250 parent and child combinations (trios).  The CPRN study, led by Dr. Kruer and funding by the National Institutes of Health, will allow the analysis of a rich set of patient characteristics captured in the CPRN CP Registry in conjunction with genomic analyses for 500 additional trios. The findings from this study hold the promise to improve diagnoses and treatments for children with CP. Identifying genetic causes is key to providing personalized or precision medicine which will help tailor interventions for people with CP to enable more effective treatments.

When asked to explain the significance of these findings, Dr. Kruer said, “this study is the first firm statistical and laboratory evidence that a substantial proportion of CP cases are caused by genetic mutations; findings indicate CP genes don’t map to clotting and inflammation but more to early brain development; although brain wiring is complex, findings suggest new targeted therapies for CP are possible (rather than focusing simply on reducing symptoms as is current paradigm); early experience indicates that for some participants, genetic findings directly changed their clinical management (avoiding complication, reaching for best treatment first, or even prompting a completely new treatment that would not otherwise have been tried).”

We look forward to beginning to enroll patients from the CPRN CP Registry into this study in the coming months. 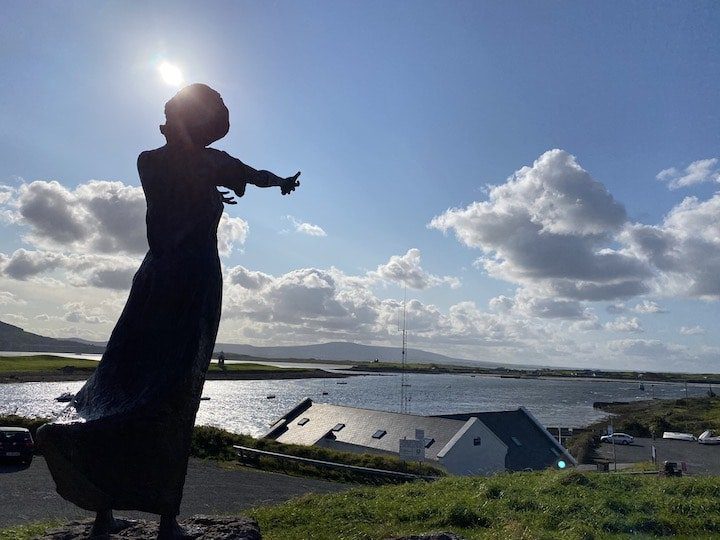 [This post is part of our Knowledge Translation/Education Tuesday series. Guest author Lily Collison, author of Spastic Diplegia–Bilateral Cerebral Palsy, continues the series. You can ask questions of the author on the MyCP Forum].

The sculpture above “Waiting on shore” is located in our village (Rosses Point) on the Atlantic coast. It reflects the age-old anguish of seafaring people who watched and waited for the safe return of loved ones. It’s a gentle reminder to future generations to remember a proud history of courage and survival, of loss and grief.

In the last two posts, I addressed causes of and risk factors for CP. This week I’ll cover the prevalence of CP. The prevalence of a condition is how many people in a defined population have the condition at a specific point in time. Prevalence rates can vary geographically. A 2013 worldwide review found that the overall prevalence of CP was 2.11 per 1,000 live births*1. A recent (2019) study, however, reported that the birth prevalence** of CP declined across Australian states between 1995 and 20092. The percentage of children with CP whose disability was moderate to severe also decreased. A 2020 report on collaborative research between the European and Australian Surveillance Networks found similar decreasing prevalence of CP in Europe3. This is encouraging.

Some further points to note:

*Births up to 2004.
**This was formerly referred to as “incidence,” but the term “birth prevalence” is now felt to be more accurate2.

Edward A. Hurvitz MD of Michigan Medicine, University of Michigan and Cerebral Palsy Research Network (CPRN) Executive Committee, was awarded the Foundation for Physical Medicine & Rehabilitation Gabriella Molnar grant for a project entitled “Feasibility of Adding Grip Strength Measures to Body Composition Assessments in Individuals with Cerebral Palsy.”  The aim of the project is to test the feasibility of adding measures such as waist-hip circumference, skinfold measures, and grip strength to a regular clinic appointment for individuals with cerebral palsy (CP) from age 8 through adulthood, and then potentially as data points in the CPRN CP Registry.  The Michigan Adults with Pediatric Onset Disabilities research group has published extensively on chronic disease risk in adults with CP.  Body composition and grip strength are well documented indicators for risk of morbidity and mortality in typical developing populations, and obesity has been associated with risk of multi-morbidity in adults with CP, including young adults between ages 18-40.  The study will also include a history of chronic disease with an exploratory aim to correlate body composition and hand grip findings to history.

CPRN congratulates Dr. Hurvitz and his colleagues for their success in funding this research which was originally approved as a concept for CPRN in April 2019. This study addresses top priorities from Research CP, including the study of the effects of aging with cerebral palsy as well as laying the groundwork to do studies of exercise strategies to promote better health outcomes.  Co-investigators on the study include Drs. Mark Peterson, Dan Whitney, Heidi Haapala, Mary Schmidt, Angeline Bowman and Jessica Pruente. The funding amount is $10,000 dollars, to be used for measurement equipment and research assistance.  The start date is December 1, and the study is planned for 18 months.

A Resource For Families 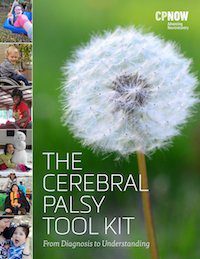