Maya shapes her identity as a young girl with cerebral palsy

You are here: Home1 / Blog2 / CP Daily Living3 / Maya shapes her identity as a young girl with cerebral palsy 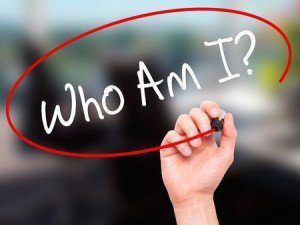 Lately, Maya has been crying a lot about having cerebral palsy.  She has cried about having to use a wheelchair, about not being able to move her body the way she wants and about lacking the independence and freedom she desires. She is also frustrated with her epilepsy, her restricted diet and problems with her vision.

Over the years, Maya has gone through a few phases of defining herself and how she relates to having cerebral palsy. When she was between four and five years old she went through a period when she thought everyone who looked in her direction was thinking something negative about her being a wheelchair user. We took Maya to the mall during that time and helped her practice interacting with strangers—yes we really did this. She learned that people weren’t always concerned about her using a wheelchair—some would even say this to her. To move past this belief and her anger, she had to be willing to explore the possibility that her ideas of how others were perceiving her may be inaccurate—and they often were.  This was not easy at her young age.

From that period of time Maya transitioned into a phase of pride and positivity about having cerebral palsy-a strategy she still uses on occasion today. Her approach to coping with feeling different was to rely on her outgoing nature. She would immediately introduce herself to people and explain why she was using a wheelchair. This was her way of her taking the lead on any concerns or questions people had about her. On occasion she would ask her dad, me or personal caregiver to explain things on her behalf.

In the last six months I have seen a change in Maya’s perspective. She seems to be realizing that, for the foreseeable future, she is going to be a wheelchair user who will require assistance for daily tasks. This realization has triggered the increased crying spells.

The different phases that Maya has gone through in terms of her self definition are the same issues all people go through during their development. Maya’s issues are more complicated because of the added dimension of having a disability.

I believe that Maya’s struggles to come to terms emotionally with having CP are normal, although the specifics vary from person to person. Because she is very self aware and intuitive, which, on the one hand, helps her sort through her feelings, she experiences her feelings deeply. As a parent, it is tough and downright painful to see her grieve about her condition, her identity and how others may perceive her.

In trying to help Maya, and myself, navigate the emotional terrain of CP, I have learned some approaches that are helpful. One major insight is that it is not helpful to try to alter or challenge Maya’s perceptions when she is upset. Although it is tempting to tell her to “look on the bright side,” it doesn’t work. She needs to have the space to feel and grieve without being “hushed.” It takes strength for me to hold her and be quiet, allowing her raw emotion to surface.  I resist the urge to immediately reshape her point of view. Later, when she is calmer, I talk with her about new ways of viewing herself and the world.

For instance, I recently discussed with her that, despite how different she may feel, most people on this planet have some sort of struggle that they are coping with too—you just can’t see theirs as easily as you can see hers. She sat with that idea for a while and seemed to be considering the truth of this statement. I also reminded her that she has talents that others do not have and that her talents will allow her to help herself and others have a better life. I went on to mention the many possibilities for her future citing some adults with CP who have a diversity of lives and professions. She breathed a deep sigh of relief. I could see that despite her being only 9, she had been thinking the doors were closing in on her—yikes!  I try to balance acceptance of Maya’s feelings with hope about her future.

Maya told me she realizes she has been very emotional recently about having CP. I told her it was ok and I know she needs to get these feelings out so that she can face them and we can work through them together. But one really important thing she has repeatedly taught me is that she has an extraordinary ability to move on once her feelings are expressed and acknowledged. I had been so worried about her, especially after we had a rough visit to the local children’s museum last week with her young cousin who at 18 months is able to do more physically than Maya can. When I checked in with later that day and said I was sorry it was a rough DAY for her she corrected me. She said “No Mom, it wasn’t a rough day. It was a rough morning and then I was fine. I had a good day.” Wow, she told me! I took that as a positive sign that she is working through her feelings and letting them go rather than getting stuck in them. When and if I see Maya getting stuck or spending lots of her day feeling emotional we will seek the assistance of her psychologist.

For now, as her parent, I see it as my job to help her move toward accepting herself as she is. I am working to ensure that her commentary within herself about her self-worth is an ongoing reminder that she is loved, loveable, and equal to everyone else. And despite the obstacles she faces, she is blooming! 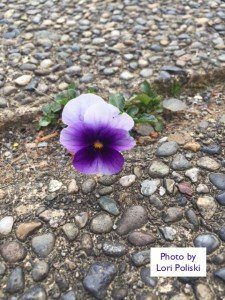