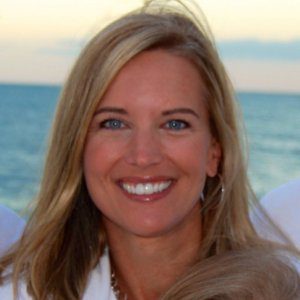 Wendy Sullivan’s daughter, Kelsey, suffered a stroke the week before she was born which resulted in left hemiparesis, a form of cerebral palsy.  After attending a Reaching for the Stars educational symposium in Atlanta in 2006, Wendy began to volunteer with RFTS.  Wendy has been an Executive Board Member for Reaching for the Stars since 2011.  Since then, she has made several advocacy trips to Washington DC requesting funding for research for Cerebral Palsy and has worked with the NIH and CDC to improve outcomes for patients.  One of her major accomplishments has been in helping to secure report language in the 2015 and 2016 LHHS Appropriations Bill urging the NIH and CDC to build a specific surveillance program, 5-year strategic plan, and emphasis on research. She is excited to see the NIH will be presenting their 5-year strategic plan for CP to committee in Feb. 2017.

Wendy is a HR Recruiting Specialist for Arbor Pharmaceuticals based in Atlanta, GA.  She is responsible for hiring talent for its Neuroscience, Cardiovascular, Pediatric, and Hospital divisions. Preceding that, Wendy held various positions with Eli Lilly & Company, in its Neuroscience, Gastroenterology, and Diabetes divisions.  During her tenure, she worked with specialty physicians, residents, pharmacists, hospitals, managed care organizations, and insurance companies. She also was involved in coordinating Phase III Clinical Trials and grant proposals with universities and medical institutions.

Wendy graduated from Miami University with a B.S. in Business Administration, and double majored in Marketing and Economics. She also pursued graduate work in Pharmacoeconomics from the University of Washington.  She resides in the Atlanta area with her husband and two children, Kelsey and Christopher.