You are here: Home1 / Latest

A tag to put things on the home page. 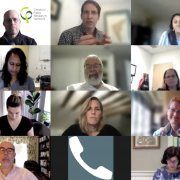 The two-day online gathering featured keynote speaker Marc Randolph, the co-founder and first CEO of Netflix, who shared pearls of wisdom on decision-making and growth to our diverse audience of research leaders.

Participants, including clinicians from the National Institutes of Health, discussed a range of network studies, including the relevance of genetics in cerebral palsy diagnosis, and brainstormed potential new areas in dystonia research and building capacity to care for adults with CP.

“This year, we were able to make extensive use of breakout rooms for discussions and collaborations among smaller groups of investigators,” says CPRN President and Chief Executive Officer Paul Gross. “We were fortunate to have support from the Weinberg Family Center for Cerebral Palsy, making for smooth logistics.”

Moving to a virtual format proved to be a successful venture with the format and progress of CPRN’s 2021 conference receiving praise from the attendees.

“It was great,” wrote Dr. Ed Hurvitz, chair of Physical Medicine and Rehabilitation at the University of Michigan. “The best Zoom meeting of the year for content, for career development, and being able to connect a bit with friends old and new.”

Paralympian, advocate, and community advisor Duncan Wyeth, also in attendance, remarked: “I have acquired more knowledge and insight over two half-days about my disability and potential system mechanisms to address that disability than at any other time in my life. This meeting gives me great hope and expectations for the countless individuals who will know an enhanced quality of life because of this learning network.”

Thank you to everyone who gave their time for this important conference. It has set us on an excellent trajectory for 2021 and beyond. We greatly appreciate the commitment of our dedicated investigator team and all their hard work advancing the care of people with CP. 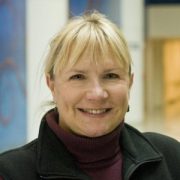 “Physical Therapists need to know the tools to use to help children with CP” — Kristie Bjornson, PT, PhD

Kristie Bjornson was in middle school when her older brother Keith endured a severe spinal cord injury after a diving accident. Helping him ignited her initial passion for physical therapy.

In 2000, Bjornson decided to go back to graduate school to expand her knowledge further.

“I realized physical therapists didn’t have enough research to know what tools to use in the toolbox to help children with CP,” she told CPRN. “I am a much more evidence-based clinician today. Presently, I have National Institutes for Health funding for three trials exploring varying treatments to help children with CP walk and move about the world easier.”

Bjornson is based at Seattle Children’s Hospital & Research Institute, where she is Associate Professor of Pediatrics and Rehabilitation Medicine, appointed by the University of Washington. She spends one day a week working as a physical therapist, and the other four days are spent on her research projects at the Research Institute.

The goal of her research is to maximize how efficiently a person with CP can walk. Her first project, a two-year study on orthotics, focused on researching the best orthotics and shoe combinations. The second project is a five-year study, a home-based program for elementary school children aged four to six, which is now in its third year.

The study of 72 children involves a standard treadmill being set up in each child’s home with a therapist overseeing forty sessions of treadmill training over eight to ten weeks. The study compares two different types of treadmill exercise: traditional vs. short burst interval.

During the traditional treadmill sessions, children walk at a steady pace for thirty minutes, with speed increasing a little each time. During the short burst interval training, the child walks at a comfortable pace for thirty seconds and then begins alternating with walking faster for thirty-second bursts (fast, slow, fast, slow). Pilot project data shows the latter technique to be more beneficial in helping children with CP walk better.

As her work continues, Bjornson says she would like to see more clinicians use evidence-based practice and a national electronic health record established. She believes these two things would make it easier for researchers to contact people with CP, their parents, or caregivers to improve treatment and research rather than the current model, which the provider controls.

“Doing research with persons with CP is not black and white because no two people present exactly the same way,” she explains. “We’re beginning to chip away at the iceberg we can see above the water.”

As an active member of the CP Research Network, Bjornson says she appreciates how the network has brought persons with CP, parents, and caregivers to the table with providers and researchers for the first time.

“The honestly and resilience of the children and families I get to work with is why I feel so fortunate to do this work,” she adds. “They are just amazing and have taught me so much. They are the reason I chose to pursue my research training after practicing for many years.” 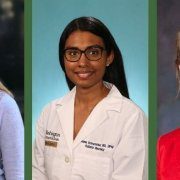 Kristen Allison, Ph.D., a speech pathologist and researcher at Northeastern University, will present “Speech and Language Predictors of Participation in Children with CP,” research made possible through the CP Research Network’s community registry hosted at MyCP.org.

Pediatric movement disorders neurologist Bhooma Aravamuthan, MD, DPhil, was also able to collate data through MyCP.org. She will present her findings on community attitudes toward a CP diagnosis and how a complete explanation of causes of CP can benefit those with the condition and their families.

A third presentation, powered by efforts within the network, will be led by Amanda Whitaker, MD, an orthopedic surgeon who has been examining practice variation in hip surveillance at centers in the CP Research Network. Her findings are already shaping quality improvement protocols as part of the network’s drive to become a learning health network.

The CP Research Network remains committed to enabling clinicians to conduct research that advances the care of people with CP via our community registry and learning health network.

Subscribe to our newsletter to stay up-to-date on all our latest CP news.