You are here: Home1 / Adults

Resources for adults with cerebral palsy, such as research and educational presentations, plus an interactive forum you can join today! 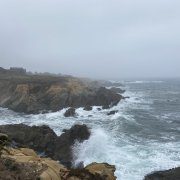 This is the third in a series of blog posts on selective dorsal rhizotomy (SDR) in adulthood by Lily Collison — the inaugural author for Knowledge Translation Tuesday for the Cerebral Palsy Research Network (CPRN).  You can comment and discuss the article with Lily on MyCP.org.

We hear a lot about evidence-based medicine. Evidence-based medicine combines the best available external clinical evidence from research with the clinical expertise of the professional. When Tommy was undergoing Single Event Multi-Level Surgery (SEMLS) at age nine in 2004, there were a number of outcome studies from different international centers supporting SEMLS. These outcome studies together with the expertise clearly evident at Gillette, gave my husband and me the confidence to take our nine year old abroad for surgery. This year, sixteen years later–whilst there are a large number of studies from many centers supporting SDR in childhood (including long-term outcome studies)–there is a dearth of research evidence supporting SDR in adulthood. I could find just two studies from one center. Research conducted by CPRN has shown that 5% of individuals who underwent SDR, were aged over 18 years. There is a need for more outcome studies evaluating SDR in adulthood.

Decision-making for undergoing surgical procedures such as SEMLS and SDR is interesting. Parents of young children and later the adolescent and adult themselves are co-decision makers with the clinician in the medical process. We, Tommy’s parents, were largely the decision makers for Tommy’s SEMLS at age nine. (He and I clearly recall discussing the proposed surgery on a long car journey–he was happy to proceed if we felt it was the right thing to do.) The decision to proceed with SDR this year was totally Tommy’s. Whilst it’s easy to understand that parents largely make the decision for children undergoing procedures and adults make the decision for themselves, there is a “grey area” when it comes to adolescents. Thomason and Graham (2013) made the very interesting point that adolescents must be given the freedom to make their own informed decisions about surgery and rehabilitation. They added that an adolescent who feels they have been forced into surgery against their will or without their full consent is likely to be resentful and may develop depression and struggle with rehabilitation. I fully support this view.

For Tommy’s surgery this year, he asked if as a “fly on the wall”, I would accompany him to the multidisciplinary appointment to decide if he was a suitable SDR candidate. Watching from that vantage point, a few thoughts struck me: 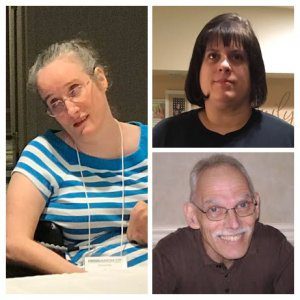 The Cerebral Palsy Research Network (CPRN) launched its first study of adults with cerebral palsy (CP) today. The study is open to anyone with CP that is 18-years-old or older and is available on the web at https://mycerebralpalsy.org. The study consists of a series of surveys about an individual’s health, motor abilities, social and emotional health, and experience with chronic pain. It should take approximately 20 minutes to complete. The study of adults with CP was a key priority that was identified in the National Institutes of Health Strategic Plan for Cerebral Palsy (link) that was released in October 2017. 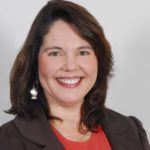 “The quickest way to get information about the issues adults with cerebral palsy are facing with aging, including functional changes, stigma, pain impact and pain treatments that work, is to ask adults with cerebral palsy,” said Mary Gannotti, PT, PhD, and co-chair of the CPRN Adult Study Panel. “We are thrilled to have MyCerebralpasly.org launch these surveys!” she added, “and we hope to people post their thoughts or comments about these topics on the website comments page!”

The adult study was designed by a panel of expert clinician researchers who treat adults with CP. The CPRN Community Advisory Committee provided input into the development of these studies. The Research CP initiative ranked the study of adults with CP as the highest priority research area and we are excited to launch this foundational study to address the needs of the community of people with CP.

Clinicians and researchers of the Adult Study Group have been meeting regularly to refine questions for the CPRN Patient Reported Outcomes registry. Input from the adults with cerebral palsy on the CPRN Community Advisory Committee this summer indicated that consumers wanted more information about pain management, pain prevention, optimizing function with aging, and issues with social and emotional function.

The study group adapted a survey widely used to study pain and pain management. It is developing a survey to ask individuals about perceived changes in function with aging, how they are managing these changes, social and physical supports, community and employment activities, satisfaction with life, anxiety, and depression.

Two initial surveys are being created. The first survey will focus on pain, and will allow answers to questions about pain location, interference, and management.  It will provide useful information for clinicians and consumers.

The second survey will focus on physical, social, and emotional function. It will allow the adult study group to describe self-reported functional changes, social challenges and successes, and emotional struggles and victories.  It will provide useful information for clinicians and consumers.

The study group is planning to have the surveys piloted tested in December by the community advisors for release to the broader CP community in Q1 2017. People interested in CPRN surveys should sign up for CPRN alerts.

This is an important step to begin to address the needs of adults with cerebral palsy. Studying the adult population with CP was determined to be a critical need at the 2014 Workshop on the State of the science and treatments in CP that was held by the National Institutes of Health.

The Cerebral Palsy Research Network (CPRN) has invited adults with cerebral palsy and caregivers of adults to join an adult registry study panel. The panel will partner with clinicians and providers who have led the creation of adult registry elements for the CPRN Registry. The panel will help determine study questions that are most important to adults with CP and have an opportunity to participate in the research process. The CPRN Adult Registry group is co-led by Mary Gannotti, PT Ph.D. and Debbie Thorpe, PT Ph.D. and includes providers from a wide range of disciplines who treat adults with (or children or both) CP. The adult registry study panel will be organized by Michele Shusterman of CP Now Foundation and CP Daily Living in her role as the Patient Engagement Leader on the CPRN leadership team. The panel members will represent a group of people with CP with diversity among age, race, gross motor function, and cognitive abilities.

CPRN plans to invite a similar panel to participate in the CPRN Registry efforts for children. Both groups will be extended opportunities to influence the overall research agenda for CPRN at a future planning meeting. The engagement of patient stakeholders in research has been demonstrated to enhance the impact of clinical research and is integral to the mission of CPRN.

The Cerebral Palsy Research Network (CPRN) completed its adult cerebral palsy registry data elements. The adult planning group formed in July 2015 under the leadership of Mary Gannotti, PT PhD of the University of Hartford and Debbie Thorpe PT PhD of the University of North Carolina Chapel Hill. The diverse team included clinicians, therapists, social workers and educators that work with adults and children with CP including:

The adult cerebral palsy registry is an extension of the CPRN clinical registry that predominantly adds patient reported outcomes (PROs) to the existing pediatric focused registry elements. These PROs focus on quality of life issues including employment, education, functional decline, intimacy and pain among other areas. The adult cp registry is expected to provide valuable data for long term outcome research for cerebral palsy.